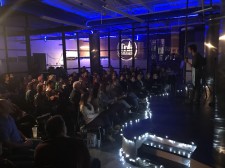 PAWTUCKET, R.I., January 7, 2019 (Newswire.com) - New Year’s is a time to celebrate and reflect and for Nexus Property Management™ CEO and owner Nick D’Agnillo, 2018 was filled with plenty of opportunities for both. As Nexus enters its second full year of franchising nationwide and has been contacted by potential franchisees in Florida, Kentucky, Massachusetts and Connecticut, the company is excited about their recent expansion into their third office in beautiful Destin, Florida. At the same time, the original office in Pawtucket, Rhode Island, and the first franchise in Fall River, Massachusetts, are both firing on all cylinders. And as has always been the recipe for D’Agnillo, with success comes the opportunity to meet some more long-term goals. Most recently, Nexus has dedicated itself to fulfilling grand plans at their national headquarters in downtown Pawtucket.

In October 2014, Nexus Property Management™ moved into the long-vacant Feldman Furniture building in the heart of America’s oldest mill city. From day one, D’Agnillo had a “lofty” vision for the 66,000-square-foot industrial space that had been vacant since the mid-90s and traces its roots in the city back to the 19th century. “The plan was always to franchise and the plan was always to convert this building into luxury apartments,” explained D’Agnillo. Just recently, Nexus has taken major steps toward making that second goal a reality. Not only have plans been laid for said apartments, but Nexus’ ground floor has been transformed into a state-of-the-art conference center complete with full stage and acoustics as well as a bar area for future residents. “The goal is not just to help revitalize the city by renovating and bringing opportunity to downtown, it is also to invite the city in to help accelerate that local growth.”

On Saturday night, Nexus’ conference room was open to the public in its hosting of “Don’t Tell Comedy.” A packed house enjoyed several hours of stand-up comedy and many got their first look inside the iconic building that’s been a mystery for so many years. D’Agnillo has hopes of attracting all types of audiences to take advantage of the space he’s developed. He is optimistic that the area can be one where city business owners and others intimately involved in the shaping of Pawtucket can meet and collaborate. While the original intention was to use the room for franchisee training, the expansion and extension of that use is further evidence of a company that is always looking to add value and redefine the game.

Nexus Property Management is located at 49 North Union Street in Pawtucket, Rhode Island, and can be reached with inquiries regarding the conference space at 401-288-1117. 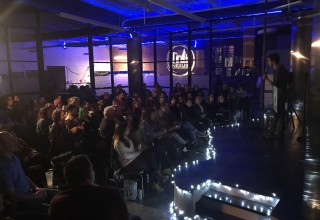 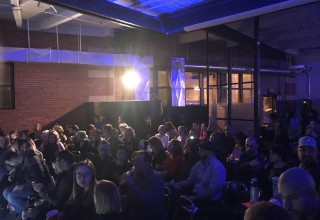 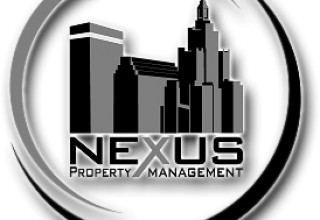